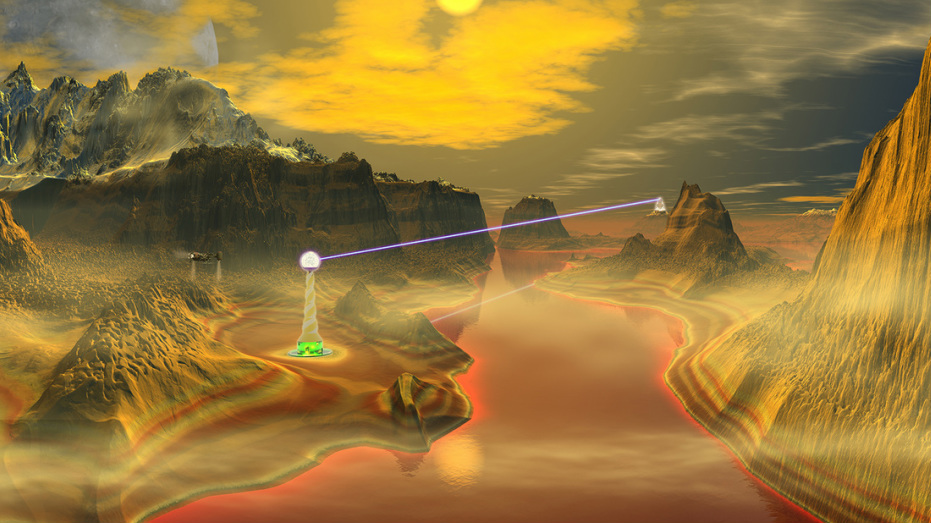 Everything seemed normal. That is, if investigating a non-human artefact on your own, on an otherwise barren planet, light years from any possible help, is something you would call normal.

I wouldn’t say, ‘all in a days work’ for our unlikely explorer, but close.

In the flight recordings for this time Magnus tells us that the artefact remained dormant until the moment his XK119 moved within a 500 metre range.

He went on to say.
’Instantly the tower lit up, while simultaneously a beam of high energy instantly connected it to what I had though only moments before was a distant mountain top. Now I can see what appears to be another statue from the Earth Buddhist religion. The statue is glowing too.

I’m going to take a closer look at that mountain top. . .

Those were the last words recorded until Magnus and his XK119 returned to his Scout ship some 18 days later. The recording giving nothing but a quiet and soothing background hum for the entire 18 days.

His ship records show him being in a different part of the Galaxy at the time and without any records the whereabouts of this planet and the artefacts, remain unknown. 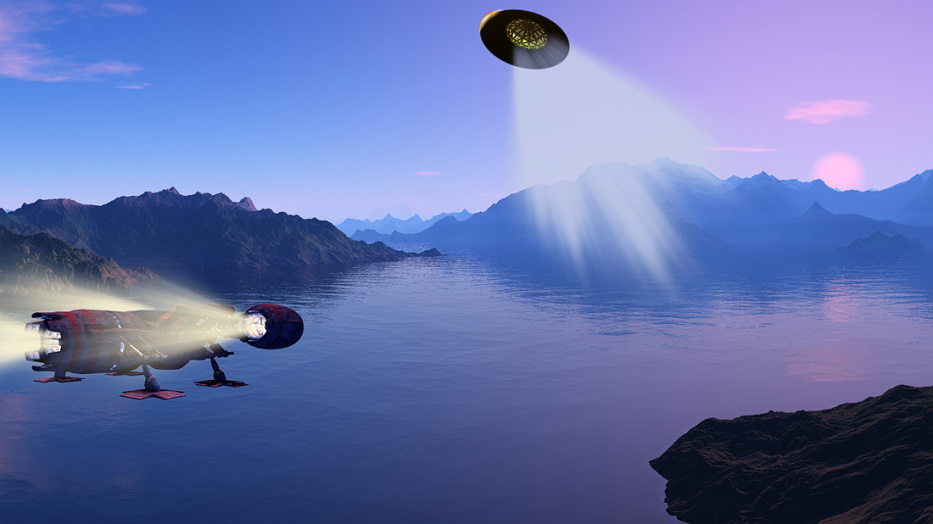 This image and a small entry were found amongst the private papers found on board Magnus Hawson’s Galactic Class Scout ship ‘The Easyrider’ after his death at Hawson's Pool . . .

He wrote that during his landing approach on (planet name, date and co-ordinates erased), he had his first and only encounter with a spaceship that was not of Earthly design.

He went on to say that no sooner did he notice the craft on his scanners, it started to accelerate away at unbelievable speed. So fast, that the leading edge of the craft started to glow from the friction of the planetary atmosphere.

Within a few seconds the craft had left the atmosphere and was gone . . . 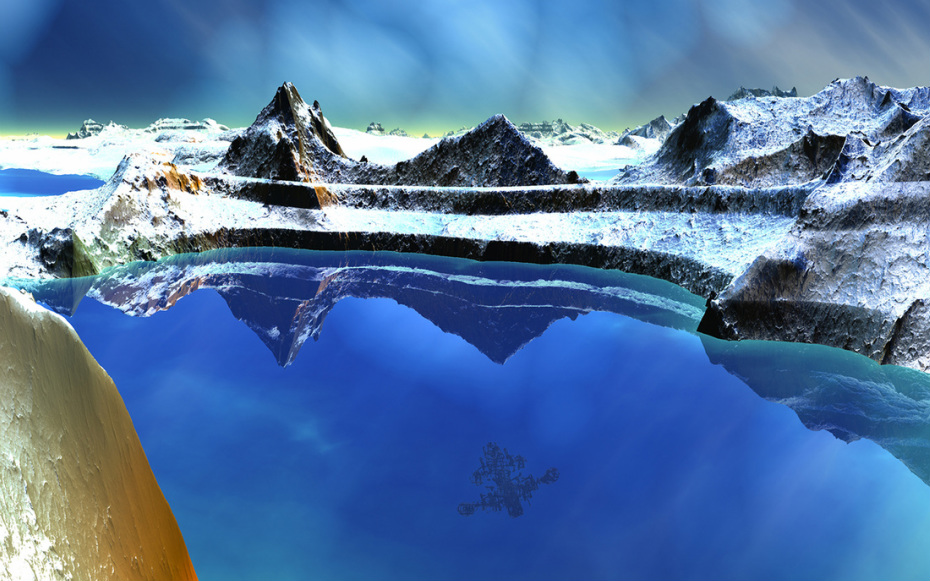 Legendary 23rd Century explorer Magnus Hawson finally came to his end here on Ignius III. After nearly 150 years of narrow escapes, it was a tainted ration pack that finally did him in.

Sometimes, when the light is just right, you can see the remains of his planetary lander at the bottom of the mountain pool that now bears his name. . .

Eclipse on an unnamed world 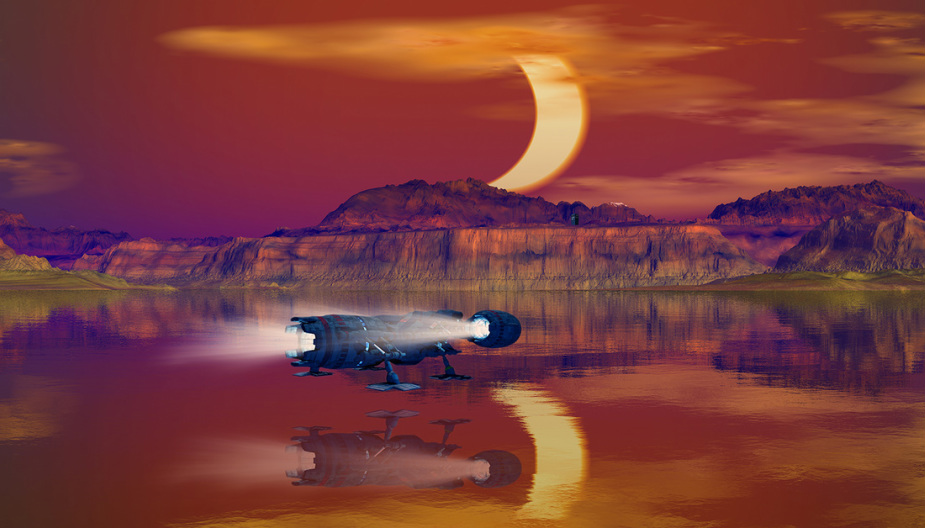 When Magnus Hawson first flew his XK119 down to the surface of this unnamed world, he was just in time to witness this spectacular eclipse.

He also noticed that he wasn’t the first visitor.

As no-one else has made a claim, the planets discovery is attributed to Hawson. However, being, in his own mind, an honourable man he though it unfair to name the planet. 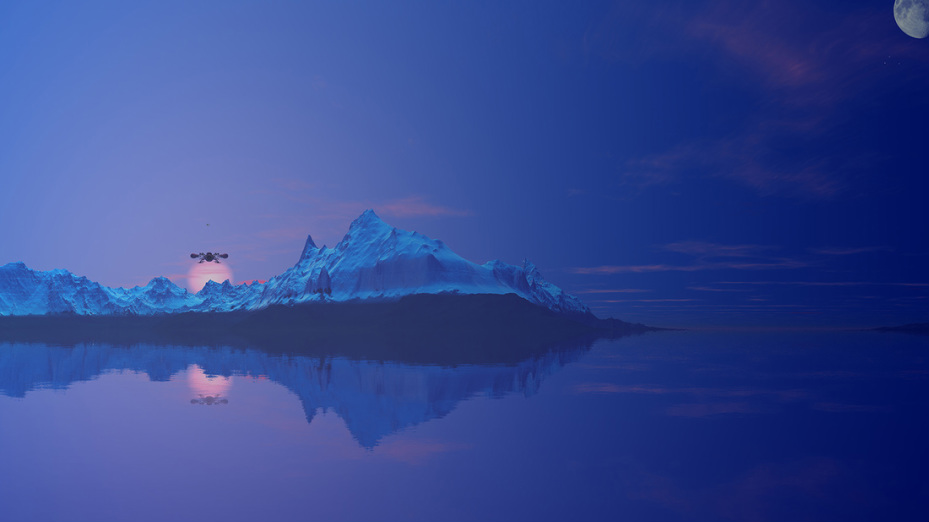 There should have been satellites broadcasting the ‘warn-off’ signal . . . But there wasn’t

It wasn’t until Magnus was preparing to land his XK119 that he noticed the unmistakable radar signal of a Federation Wasp fighter . . .

Not being one to involve himself in a fight unless the odds were at least even, Magnus signalled his compliance to return immediately to his orbiting ship.

It is only recently that this incident came to light, as it had been subject to a secrecy agreement that Magnus had signed over 100 years ago.

Even now, all that is known of the incident was that. 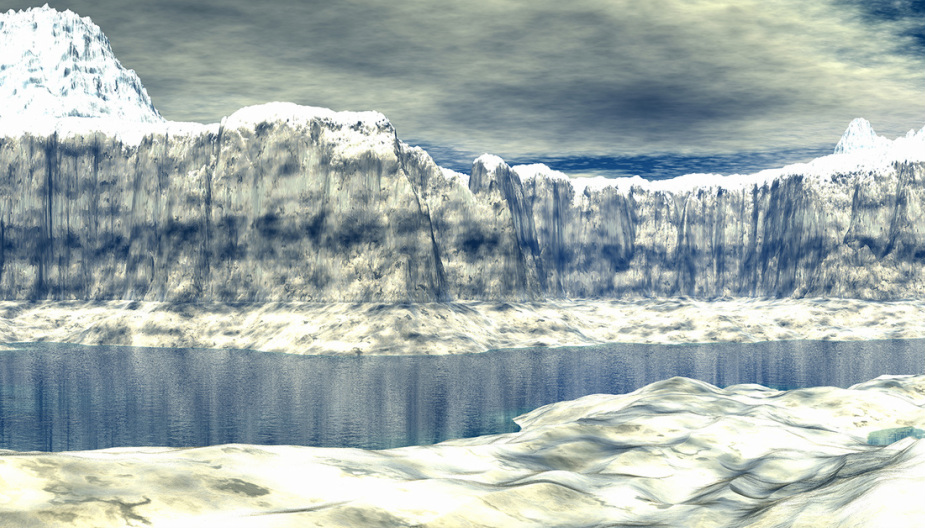 After crashing his XK119 on Prosapine, Magnus knew if he could just make it to one of the supply sites he had set up from orbit, he would be able to call down his back-up lander.

After 11 days, the last 3 without any food, Magnus knew he was a few short kilometres from the supply site.

All he needed to do now, was to get across that last 80 metres of ice cold water and climb that 30 metre cliff and he would make it . . .